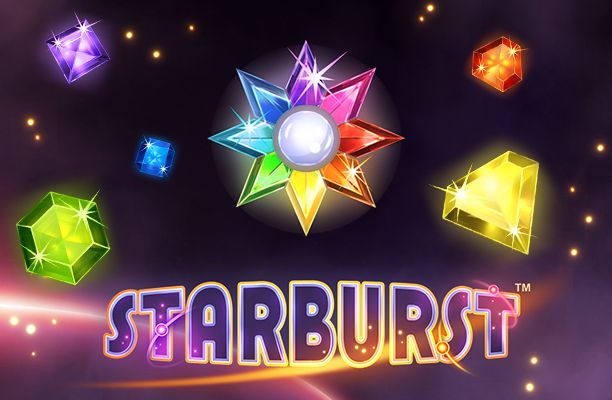 How to you fancy getting stuck into playing a slot which boasts a payout percentage of a high 96.10%? Well if that is something you do fancy doing online then you should give the Starburst slot you closest slot playing attention!

This is a rather basic to play slot that is not complicated with a large number of bonus features or bonus games, and one of the main benefits of playing it online is that you only have the ability of playing 10 optional pay lines but in a win both ways playing structure.

That means you can form winning combinations from left to right on the screen and right to left too and you can play it for lots of different coin values and additionally if you want to play it at any time for very high stake levels then you can increase the number of coins per line you do put into play up to a maximum of ten coins one each payline!

The bonus feature triggering reel symbols in play on the Starburst slot are the Wild symbols, those symbols however are only to be found on reels two, three and four and as such those are the only reels you will see them spinning in on!

Whenever you have spun in one of those symbols to things will then happen, the wild symbol will expand and as such every in view visible reel position on the reel they appeared on will be covered in wild symbols.

You will then be awarded with a free re-spin, the expanded wild symbol is locked into position for that re-spin and as such you could form more winning combinations when it has been played off.

However, if on the re-spin you spin in another wild symbol anywhere in view on the other two middle reels then that wild symbol will also expand to cover the reel in wild symbols and the two now wild reels are locked into position once more and another re-spin is awarded to you.

Obviously on that next re-spins you will be hoping a wild symbol spins in on the one last remaining middle reel as that will expand also an awarded one final re-spin on which all of the middle three reels will be completely covered in wild symbols!

Our Opinion of the Starburst Slot

The Starburst slot can, at times, be a very expensive slot to play, for you can and possibly will experience lots of very low or even lots of no paying base game spins, and as such you may just see your bankroll dwindling away.

The way in which the re-spins are awarded on this slot can also annoy you eventually, for what you will of course want to see happening is for more wild symbols to spin in as your re-spins are playing off and there are no guarantees they will do.

So expect to see you triggering re-spins when playing this slot but do always keep in mind that you may not actually win anything from them and may not get awarded with additional re-spins either.

This is one slot that many online casinos do tend to give away a lot of free spins on as part of their sign up welcome bonus package, and as such it may be beneficial for you to sign up to a casino giving away free spins on which you can keep the winnings on this slot as that will enable you to play it for free and at no risk but could enable you to win some real money credits by doing so!