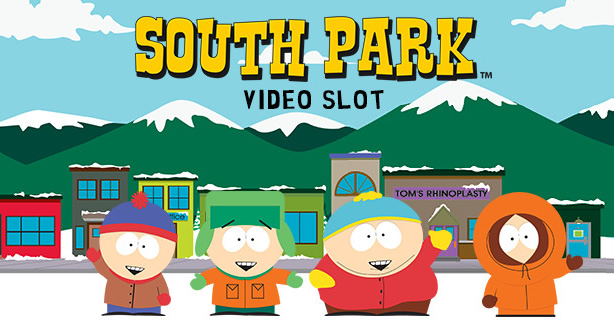 The South Park slot is one of NetEnt’s fully themed slot games, and we suspect you will already have worked out that it is fully themed around the hugely popular TV cartoon series of the very same name!

This is one slot on which you are going to have to play 25 fixed pay lines with up to 10 coins per line per spin, however, by doing so you will then always have the maximum number of ways to win from its base game and it bonus game too.

Playing the South Park slot will always see you have a very fair chance of winning as its payout percentage has been set at 96.70% which may be the only reason you need to play it online! Below you are going to find an overview of all of the bonus games and bonus features that may be awarded to you when you play it online!

There are four bonus games that could be triggered whenever you decide to get stuck into playing the NetEnt designed South Park slot, but the way in which those bonus games are awarded to you is quite unique.

What you will have to see happing is that on reels 3 and 4 you get a bonus symbol landing adjacent to one another on those two reels and then on the fifth reel adjacent to the two bonus symbols you will need to spin in one of the four Character symbols, and by doing so you then win the corresponding bonus game!

The Kyle bonus game is triggered when the Kyle bonus symbols lands adjacent to the two bonus symbols and that bonus game is a set of 10 free spins on which whenever an Ike wild symbol spins in on the middle reel position on reel five it will then award one of several additional features including additional free spins, a multiplier or a random coin win.

If you trigger the Kenny bonus game then you will have to guide Kenny along a trail in the hope you avoid the game over symbols and pick up as much cash as you can whilst working your way along the bonus trail.

Our Opinion of the South Park Slot

If you only ever have a small amount of time to play slot games online and want to play the most exciting slots then made sure you play the South Park slot game from time to time as NetEnt have designed this slot to be one of their most entertaining video slots!

The number of bonus games and bonus features on offer does keep you playing for longer and it is very fair to say those bonus games do tend to trigger fairly often, so you may not have to play off a huge number of base game spins before they are awarded to you.

Also it is worth us pointing out that NetEnt has also designed and have now released a second slot in their South Park series of slots and as such make sure once you have given this slot plenty of pay time you give their South Park Reel Chaos slot game some play time too, for it is just as entertaining and exciting a slot to play as this one is!