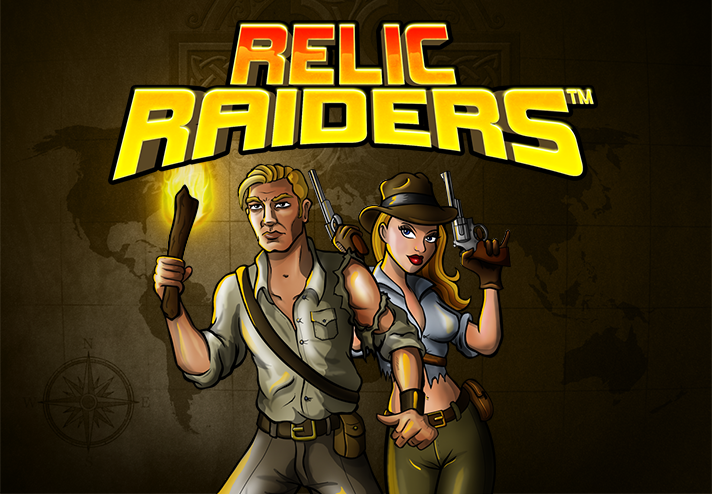 Whilst there are some good points about the Relic Raiders slot game which is a NetEnt designed and supplied online instant play slot there are also some rather disappointing aspects about it too!

The one thing you may like about the way that NetEnt has designed this five reel video slot is that it lets you play up to 50 pay lines per spin and it is suitable for low or high stake players as you can play up to 4 coins per line per spin on different coin values settings too.

However, the very disappointing aspect of this slot is in regards to its long term expected payout percentage for that RTP is one of the lowest ones we have seen attached to any slot game from NetEnt and has been certified as being a rather low 90.00%, so a slot worth avoiding!

Therefore if you do not play this slot again until over 36 hours from the point in time you stopped playing it last time then your accumulated Relics will expire. It is also the amount of cash you were wagering that determines the value of the cash payout, so playing this slot for higher stakes will give you a much increased chance of being awarded a larger amount of cash via that collective bonus game!

You can also trigger the main bonus game when playing the Relic Raiders slot, and to do so you need to have spun in at least three Bonus symbols on an activated payline. Those symbols must form the bonus game triggering combination by spinning in from left to right starting on reel one and on consecutive reels before the bonus game will be awarded to you!

Once triggered you will be playing off a pick and win type of bonus game that will simply entail you picking off a location from the bonus game map shown on the screen, and then you can sit back and watch the bonus feature playing out to see how much you have been awarded with!

Our Opinion of the Relic Raiders Slot

Any slot boasting a collective type of bonus game such as the one attached to the Relic Raiders slot game has been designed to keep you playing that slot!

When you have spun in three of the bonus game Relic symbols then you are highly likely to want to keep playing this slot until you spin in the fourth symbol as when you do you will then be awarded with a cash payout.