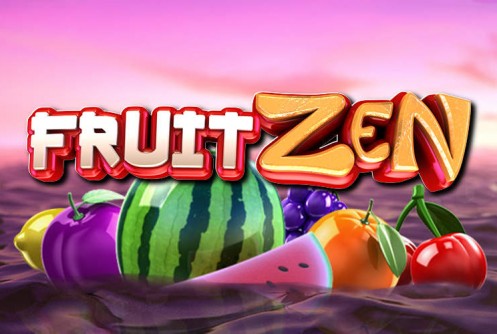 There are some very high valued jackpots that can be awarded to you via the bonus games and bonus features attached to lots of BetSoft Gaming designed slot games. In fact, feast your eyes over the following review of the Fruit Zen slot for you could win up to 200,000 coins from a single spin!

There are quite a number of 3D slot games from BetSoft that only offers players a small number of optional paylines and the Fruit Zen slot is one such slot. As such when you do decide to give this slot game any amount of play time you can play from one to ten paylines per spin you play off.

All of the reel symbols apart from the wild symbols are fruit related ones, and the symbol that awards the highest base game winning payout is the Orange symbol, five of them awards a 250 coin payout from left to right and another 250 coins for forming that combination from right to left too.

There are no bonus symbols or scatter symbol attached to any of the reels of the Fruit Zen slot and as such there are no free spins or any other type of bonus games that can be triggered when playing off any number of spins on this slot, however there is a base game feature that will be trigged.

To trigger that bonus feature you have to first spin in one of the wild symbols. Be aware though that the wild symbols are only to be found on the second, third and fourth reel and as such those are the only reels that you will ever see the wild symbols pinning in and landing on.

Not only will the wild symbols obviously help you form winning combinations, due to the fact that they stand in for all other reel symbols, but they will trigger a re-spin feature when they have been spun in.

However, before that re-spin in triggered the wild symbols expand to cover the reel that it spun in on with wild symbols, and by spinning in another wild symbol when the re-spin has been played off that wild symbol will also expand and will also award an additional re-spin too.

Our Opinion of the Fruit Zen Slot

You will be able to play off a lot of spins when playing the Fruit Zen slot as you are not going to be slowing down the slot by triggering all manner of bonus games. However, you will find that the re-spin feature is a fairly frequently awarded on and one that can award some large winning payouts.

Whether you will take an instant shine to this slot or not will be down to what you expect from and like to see attached to a slot game via its playing structures and additional features, however it is a very easy to play and basic type of slot.

Being a slot offering those re-spins you are always going to get more chances of winning and winning big with the help of the wild symbols in playing during the re-spins feature when you are playing all ten pay lines, as due to the Both Ways playing structure you get 20 ways of forming a winning combination, so that is the only way we would recommend you play it, with all ten pay lines activated and in play!